Palo Alto Out of Sync Packets

This something to keep in mind if you’re running a vWire configuration. A while back I implemented a vWire setup and we had some very old medical devices on the network that should of been decomm’ed years before. These devices were sending packets out of sync. If wasn’t all the devices which made it fun to troubleshoot. On top of that, it wouldn’t always do it but it did it often enough.

It wasn’t until we did a packet capture did we notice the devices not completing the TCP 3-way handshake SYN/SYN-ACK/ACK.

Running the command below helped verify the packets were out of sync:

On top of the command above, you can use the “delta” option to display difference from last read which helped see the hits were going up.

Like I mentioned above, this was a while ago and the configuration to allow this type of traffic had to be done via the CLI so it wasn’t like you could look the through the GUI and find the fix. Today it’s in the GUI. 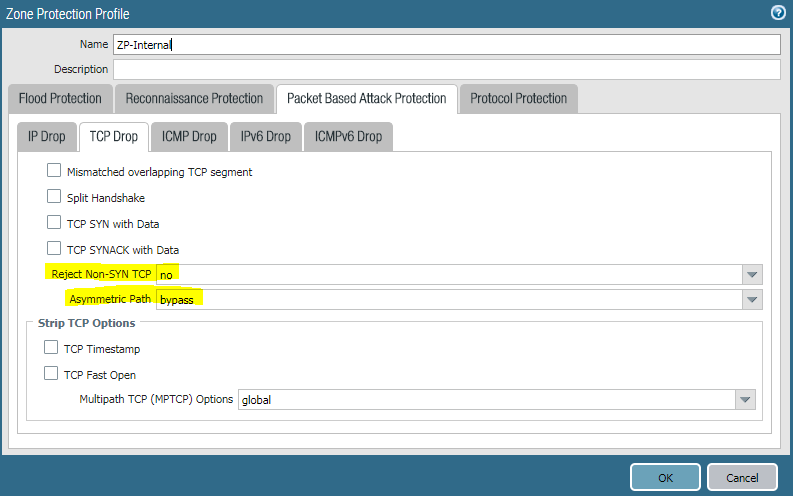 If you want to verify via the CLI:

Just keep this in mind this is something that could happen. If you do run across this issue you can bypass asymmetric checking while you get those devices upgraded/replaced/fixed and then turn it back on.