The difference between these is who is initiating the conversation. In Polling, the monitoring server is initiating the conversation asking the network devices for information. Traps are the opposite where the network devices are sending information to the monitoring server right away when something happens. 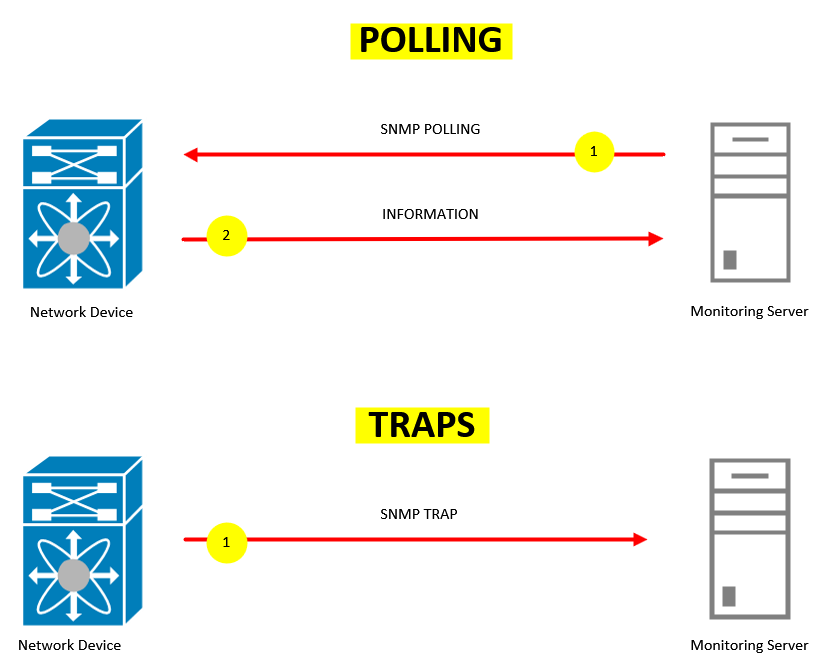